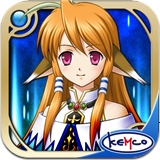 RPG Journey to Kreisia应用说明 SPECIAL SALE!! 75% OFF (USD 7.99 - USD 1.99)!!! After suddenly being summoned to an unknown world, a high schooler by the name of Yusis learns of his destiny to become the Savior and face off against the Overlord?a being who threatens the destruction of Kreisia. Kreisia—A world of three races coexisting under the banner of single kingdom. Yet notwithstanding these different people being ruled over by a lone institution of government, life, for the most part, has continued on peacefully despite certain racial undertones pervading the hearts of some in society... Still unforgotten, is the re-emerging calamity precipitated by the Overlord with each new decade... Resurrecting once every ten years, this personification of evil sets about to envelop the world in chaos and destruction. But what of the Savior and his party who defeated this great destroyer only ten years earlier? And does Kreisia's newest Savior, an unsuspecting youth, really have what it takes to stand in the face of all odds to save the world?! Battle Skills and Weapon Levels Types of skills able to be used in battle change depending on the weapon equipped by a character. The longer a weapon is used, the greater the proficiency with that weapon, and when certain benchmarks have been reached, a character will master the use of certain skills. Orbs—Magic Stones with Various Abilities Orbs are accessories that can be inserted into both weapons and armor in order to take advantage of their various effects. Additionally, these same orbs can be taken to a synthesis shop where they can be combined into even more powerful orbs. If ever during their quest a player finds enemies prove too difficult a challenge, it may be then time to reassess both their equipment and their selection of orbs. Brimming with Content! While traveling about the world of Kreisia and following the main quest, players will also have the opportunity to participate in subquests, which will allow them to net a wide-range of useful equipment and items for their adventure. Additionally, with a battle arena to test one's strength and a monster guide to collect data for, there is plenty for players to do when they find themselves with even a few minutes to spare! 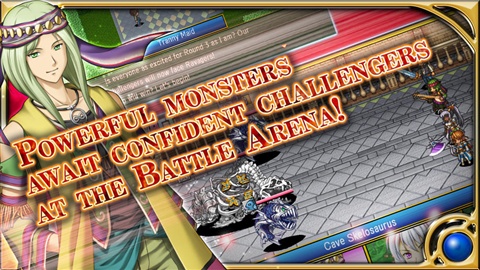